I made my mini quilt with a small piece of Umbrella Prints fabric, Kona solids and Kaufman quilter's linen. 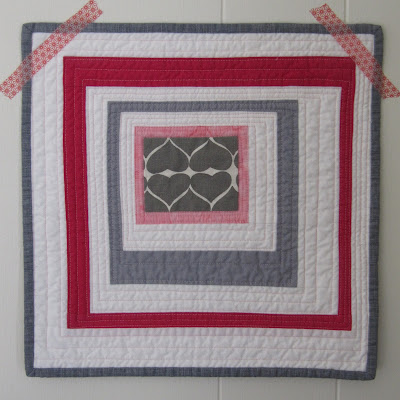 The back is a paper-pieced heart. I used a pattern from Piecemeal Quilts. 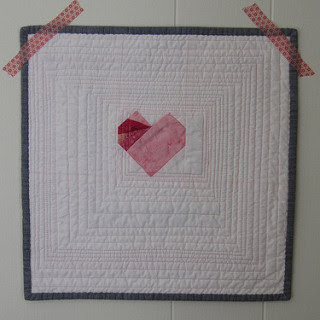 Happy Valentine's Day!
Posted by carrie at 2:00 AM No comments:

I'm a long-time fan of paper toys. They can be simple or complicated but they are always clever. As an added bonus they are eco-friendly and you can recycle them when you're done. I most recently made two paper toys from the book Papertoy Monsters. The first is a yeti. He's pretty sturdy but either the cats or the kiddo have broken his arms off multiple times. Nothing a little extra glue won't fix! 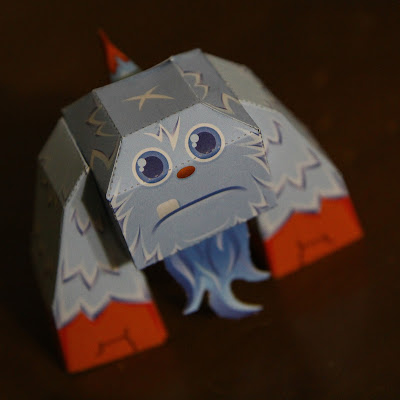 The second is a cyclops. I didn't do a terrific job of gluing his legs so he's a little wobbly, but still cool. He's (so far) unscathed by cats or kid. 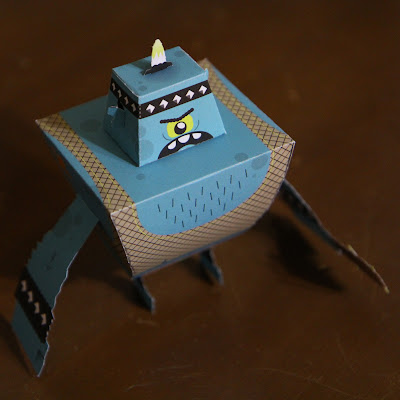 I highly recommend the book. It includes a great selection of (mostly non-scary) monsters by many different artists. Punching out the pieces is a little fiddly but the pieces are pre-scored and two-sided, something you don't get on models you print at home.
Posted by carrie at 2:00 AM No comments:

After finishing these last year, I finally blocked them this year. It sounds silly, but I am waiting for the weather to warm up before I can wear these! These are not warm enough for subzero temperatures and windchill warnings. They are warm enough for late winter / early spring, which is (hopefully) just around the corner. 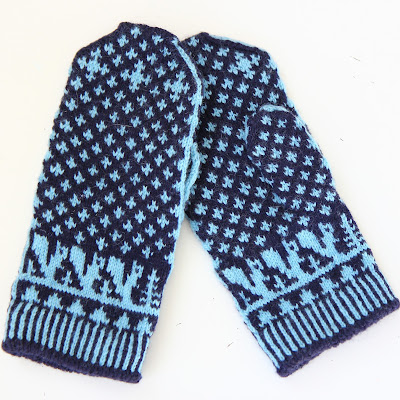 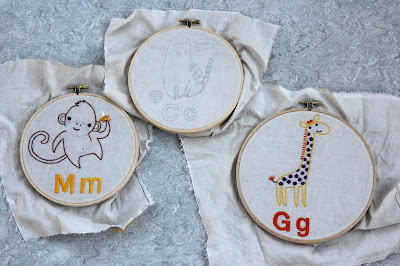 I probably should've joined the Finish-Along last year. I started working on these super cute embroideries by Penguin and Fish over 2 years ago. The color selections were holding me back. I wanted to use at least one common color between the hoops but I couldn't decide. I finally settled on a palette - orange, brown, yellow, and purple. The giraffe is getting purple spots, the monkey is getting an orange belly and the cat will probably be orange.
Posted by carrie at 2:00 AM 1 comment: